A sculpture is created using one of three methods: modelling, carving or casting!

Nonetheless, modelling is always part of the creative process because in order to carve and cast, a model must first be made. Usually this happens in clay. Then, the carving is often entrusted to a stonecutter and the casting will go through an art foundry.

The 19th century began with a neo-classical period with idealized models inspired by the sculpture of Antiquity, rediscovered following new excavations in Herculaneum and Pompeii. The work of Antonio Canova is a perfect example.

In opposition to this classicism, new stylistic trends such as romanticism, realism and symbolism developed during the century.  The fascination for violence and drama became more pronounced. Literary and historical sources are at the origin of new subjects, the work “Quand-Même” by Antonin Mercié is a fine example. 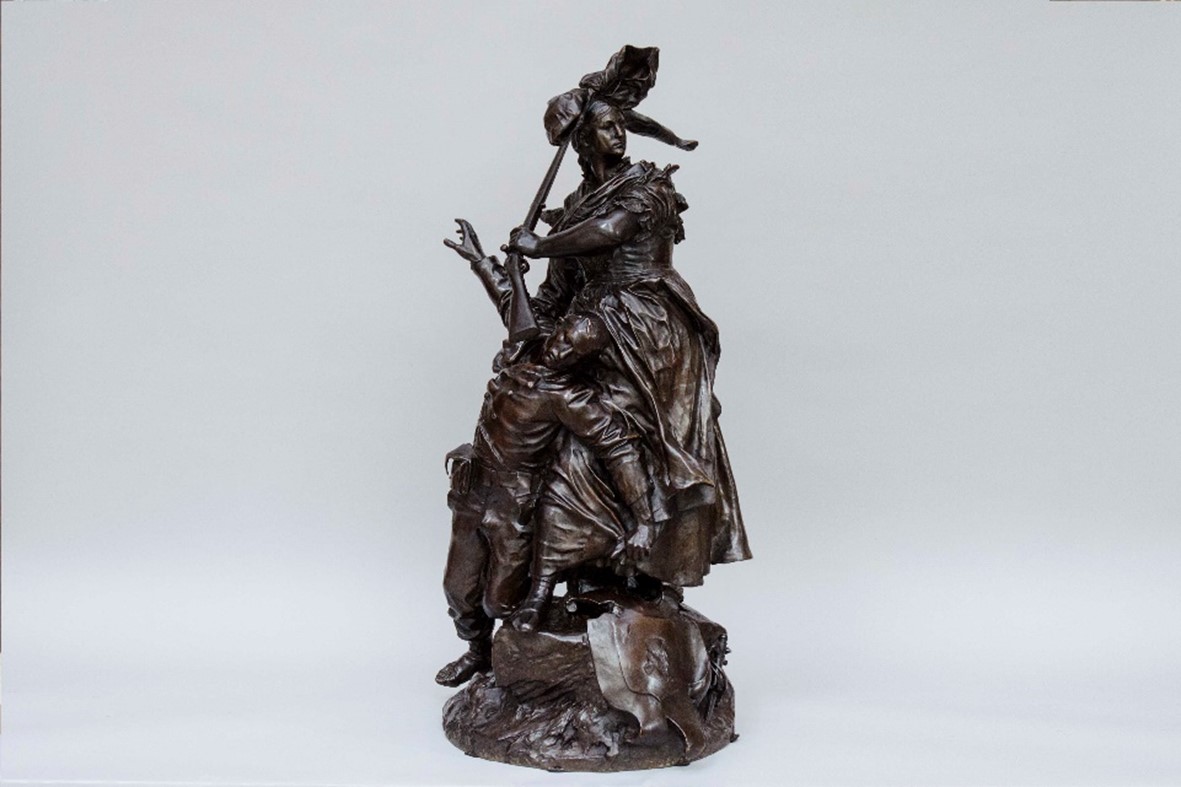 Sculpture was particularly popular in the cities, official commissions multiplied, and so-called “public art” spread on facades, in parks and on monuments. The architecture of the cities was transformed and covered with allegories and representations in memory of historical figures. In Brussels, we even spoke of “Statuomania” (an expression used by the newspaper La Renaissance in 1849). This expensive makeover paid close attention to the choice of materials used to limit its cost. Stone was preferred for large monuments and bronze for smaller ones. This phenomenon, associated with the emerging bourgeoisie eager to possess works of “domestic” size, and technical innovations, contributed to the blossoming of sculpture and the bronze art industry. 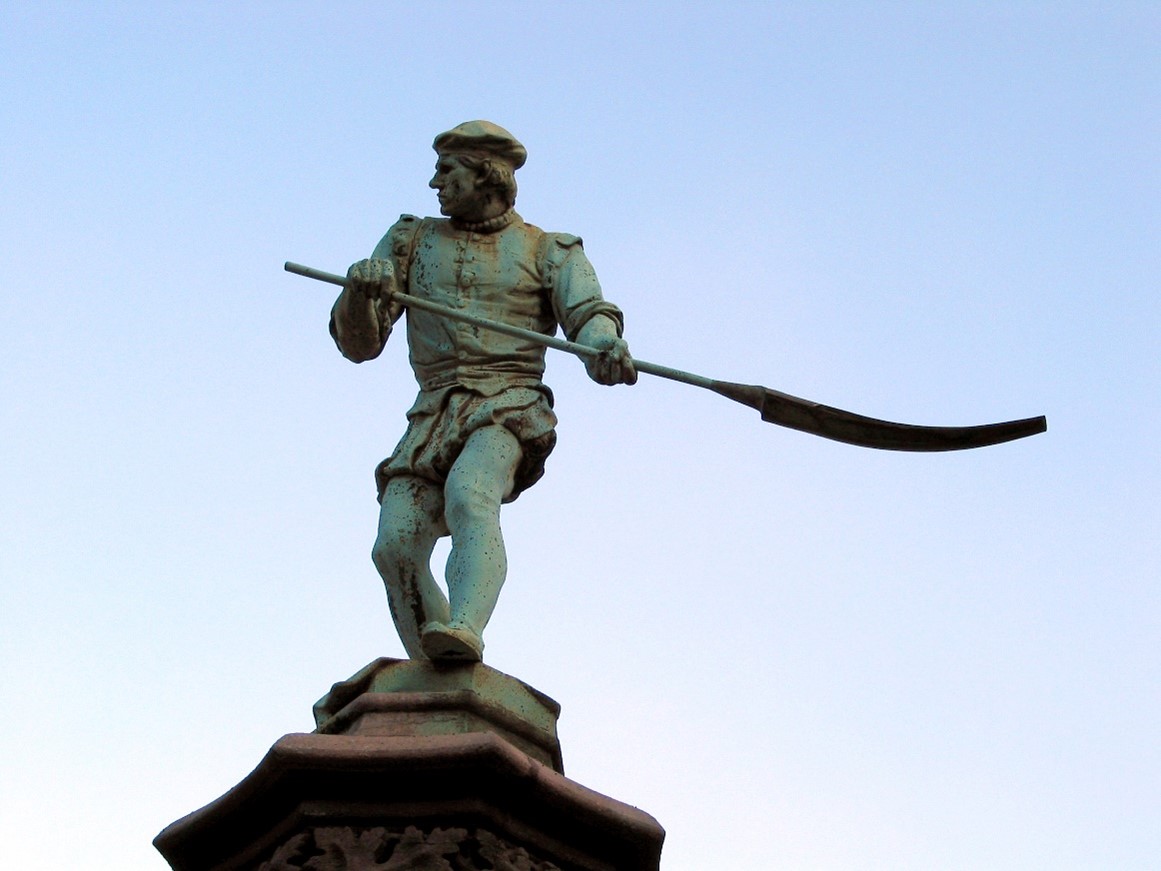 Bronze? It is that noble and dense material, an alloy of copper and tin. The dosages and additions of other metals, however, make each caster’s formula different. Ferdinand Barbedienne, for example, used more tin in his formula so it would suit the shape of the model better, requiring less retouching. This explains the quality of the details of his bronzes (more difficult to chisel).

Both techniques are based on the same principle, the molten bronze is poured into a thin space between a mould and the core which is then removed. The final bronze is therefore hollow to limit its weight and cost.

In the case of lost wax casting, a soft mould is made by taking a print of the master model. The flexible mould, held in place by a plaster cover, is filled and then emptied with liquid hot wax which, as it cools, sets. Once the mould has been lined with wax, it is filled with a liquid refractory material which, as it cools, forms the core.  The mould is opened again, a sculpture with a wax skin appears. It is at this point that the sculptor can intervene to make alterations, which is why lost wax has an artistic advantage!

It is a common misconception that a lost wax bronze is a unique print and therefore more valuable. This is not the case. Such a technique (from a unique solid wax sculpture) would produce a solid bronze, which is almost never the case. 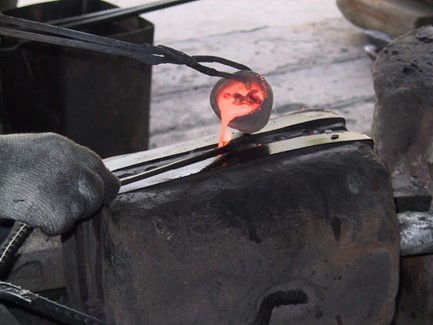 Casting molten bronze into a mould

During a sand casting, a mould of the master model was made in a silico-clay sand that was both very fine, thus capable of faithfully following the forms of the master model, and also had the capacity to harden once pressed and beaten against this model. The final bronze was then cast in this mould. A new mould had to be made for each copy, so each print was a perfect copy of the original.

Once the casting had been made, the piece had to be cleaned by “desanding” and deburring and a whole series of finishing operations had to be carried out, ending with the chasing and the patina. Finally, the pieces were assembled, always cold, generally by fitting and crimping. All these tasks required the intervention of a large number of specialized craftsmen. The chaser was certainly the one whose task was the most critical. In principle, he had to work under the supervision of the sculptor himself. The composition of the alloy is not without importance on the role of the chaser. 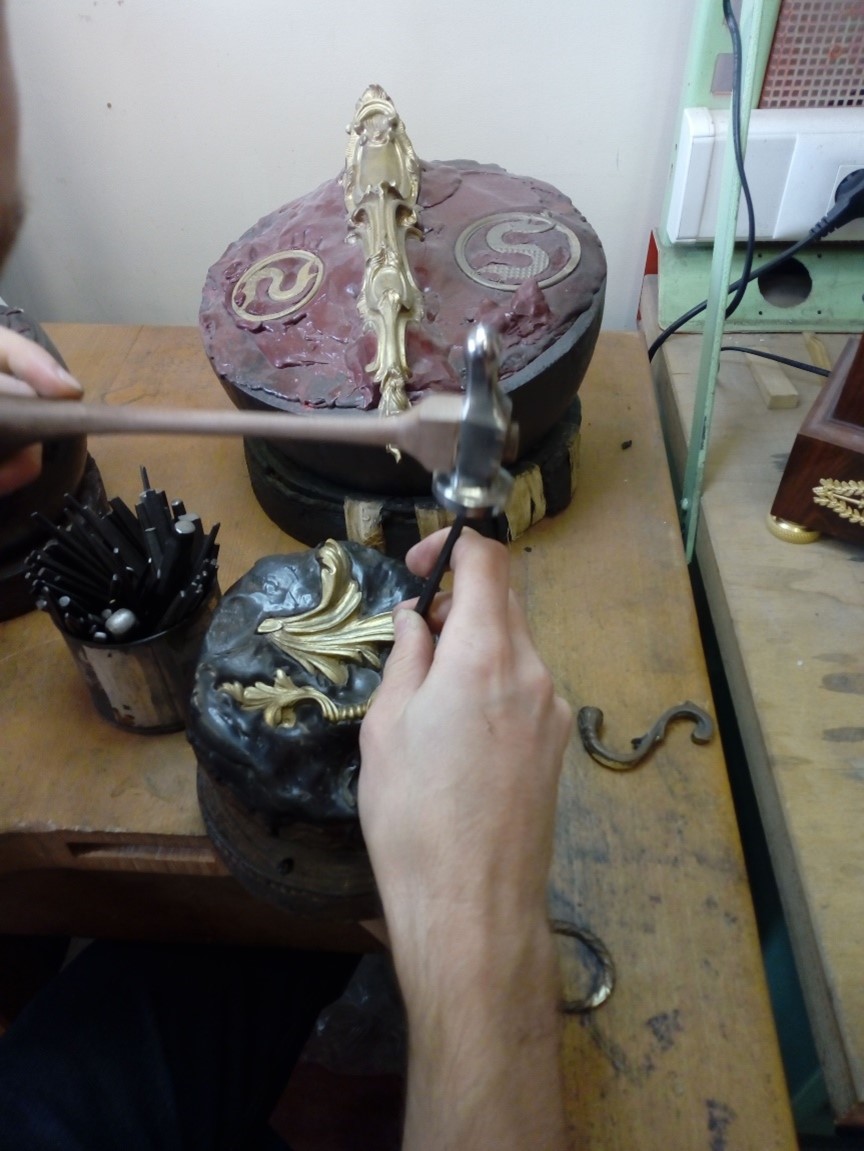 Although both techniques were used during the 19th century, sand casting was used much more frequently due to its lower cost (although it was very labour intensive, which would make it the most expensive technique today!)

The presence of a founder’s stamp can be a guarantee of quality and authenticity on an antique bronze, although many works do not bear one. Take the case of Pierre-Jules Mène, the great French animal sculptor, who cast his own bronzes! An authentic bronze by the master, cast during his lifetime, will only bear his signature. 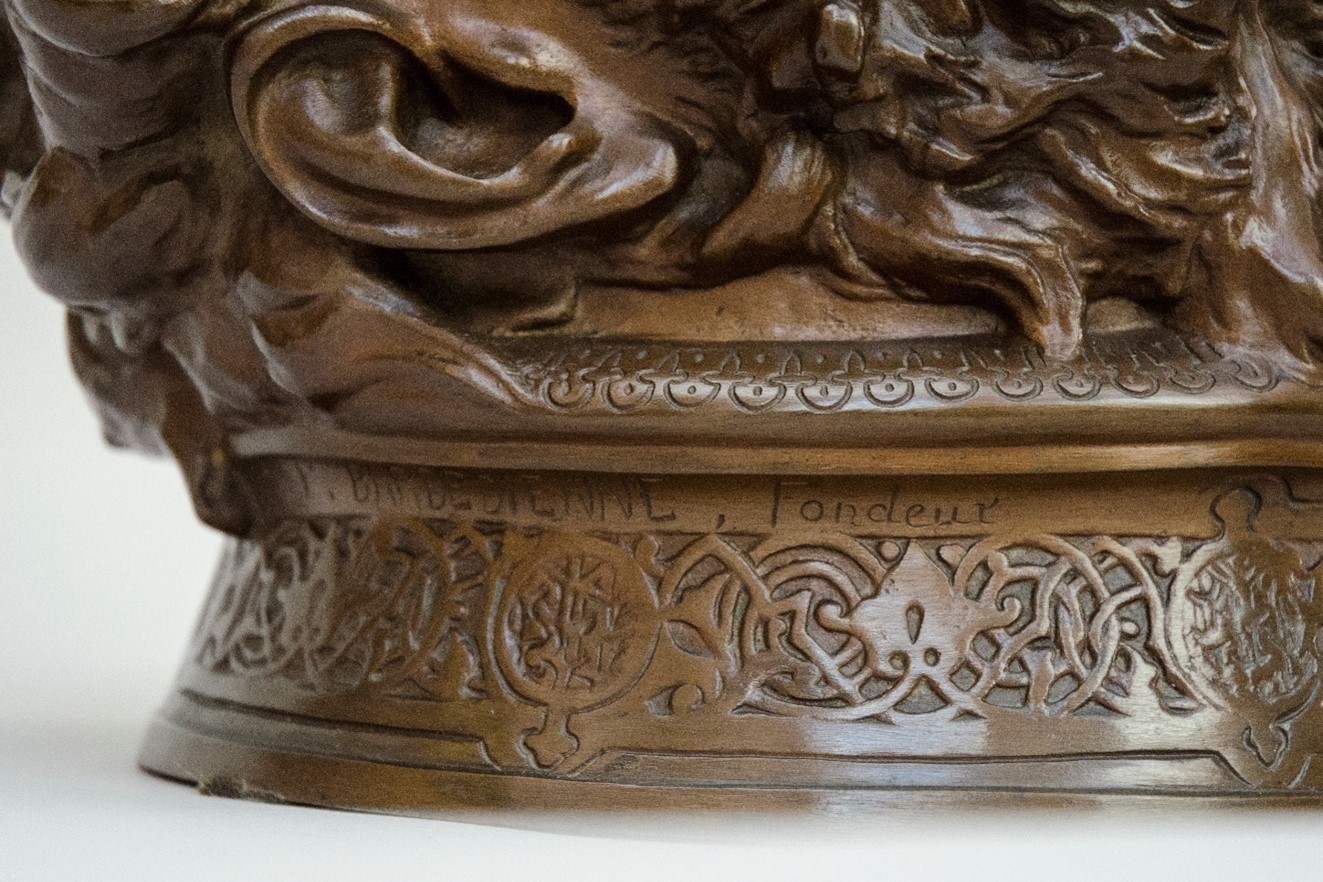 Detail of the terrace of the bronze “David” by Antonin Mercié

As for the artist’s signature, works before 1820 rarely bear one. It was around this time that “Susse” decided to affix the artist’s name next to his own and this practice became widespread from 1850 onwards.

Finally, the collector must be vigilant because beyond the quality of the casting, the chasing, the stamps and signatures, the dimensions and the rarity of a model, the value of a bronze is intrinsically linked to its state of preservation.

Moreover, the art market is unfortunately flooded with “fakes” or “overmouldings”, new editions, Chinese productions, false signatures and stamps or even poor-quality alloys. It is therefore best to seek advice from an expert in the field.

Sculpture in the 19th century: the art of the bronze casting